Many children have atopic dermatitis (AD) also known as eczema. I thought today I would I share some of our latest understanding and knowledge of AD.

AD affects 10-20% of all children and 1-3 % of adults. It can range from a mild condition which is generally quite easily managed with creams, ointments, oils and lubricants, to a very severe condition which causes severe breakdown of the skin barrier with associated unbearable itching. The severe form of eczema can be quite debilitating, causes a lot suffering and, unfortunately, can be very difficult to control.

AD has increased two to threefold in the last three decades in industrialized countries, but this increase has not been found in areas that are primarily rural and agricultural. Both genetic and environmental factors are felt to play a critical role in the expression of AD. For example, from a genetic point of view, a child of parents, both of whom had an atopic condition such as asthma, allergic rhinitis (hay fever etc.) or eczema, is 5 times more likely to have early onset, childhood eczema, than a child of parents neither of which had an atopic condition. From the environmental point of view, children whose mothers were exposed during pregnancy to farm animals in particular, but also dogs and cats, were less likely to develop early childhood AD, than the children of moms who had no such exposure. Also children who are fed yogurt with live active cultures in the first year of life have a decreased likelihood of developing AD (PASTURE study- Protection against allergy study in rural environments).

Childhood AD has been broken down into 3 types, early transient means the condition starts before age 2 but resolves by age 4, early persistent which means it starts before age 2 and lasts at least to age 6 (these children are much more likely to have AD that lasts to adulthood) and late onset AD that starts after age 2. Children with the early onset types are at increased risk of developing asthma by age 6 and are also at increased risk of developing or having food allergies. Children with early persistent AD are at the highest risk for both respiratory and food alleges.

Unfortunately, early persistent AD can be very difficult to manage. Topical corticosteroids are the most widely used treatment, but because of side effects of long term regular use they are not really recommended for maintenance therapy. Ceramide lipid creams such as EpiCeram can be very effective, as can calcineurin inhibitors such as tacromlimus and pimecromlimus. UV light therapy can also be effective.

Although there is no magic bullet answer out there to cure eczema, I think it is important for the parents of children with more severe AD or eczema to be aware of the increased risk their children have for developing asthma and allergies. They can then be proactive and observe their kids for signs of allergy and asthma and seek appropriate care. Furthermore, I wanted parents to be aware that there are some new treatments emerging that have been found to be helpful in treating this very troublesome condition.

As always, it is my honor and privilege to take care of your beautiful kids. Peace 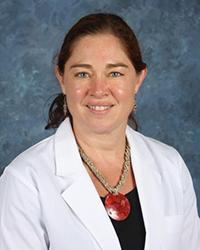